Create an Account - Increase your productivity, customize your experience, and engage in information you care about.

Built in 1876, this historic Gainesville landmark has played host to many notable names in post-Civil War history. The Piedmont Hotel was owned and operated by Lt. General James Longstreet, CSA and served as his political base throughout most of his career as a Republican.

Generals Joseph Johnston and Daniel Sickles, Editor and author Henry Grady, and U. S President Woodrow Wilson were all frequent guests of the hotel. It is even reported that President Wilson's daughter, Jessie, was born on the ground floor of the hotel. In 1918 the family decided to raze the rundown building, but a last minute decision saved the ground floor of one wing.

Today, the renovated north wing of the hotel serves as a living memorial to the general. The Historic Piedmont Hotel is open to visitors from 10 a.m. to 4 p.m. Tuesday through Saturday. 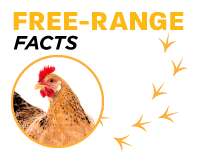 Did you know that General James Longstreet made Gainesville famous for chicken? The first poultry processing plant in Gainesville was on the site of his Piedmont Hotel where he introduced southern fried chicken and made it popular. Find proof at the Historic Piedmont Hotel, along with many other fascinating relics with their own stories to tell.

free-range (adjective): Free to explore without boundaries. Follow Explore Gainesville on Facebook for more Free-range facts, adventures and ideas. Contact us today via our contact form for more information about the Piedmont Hotel or to plan your trip to Gainesville.